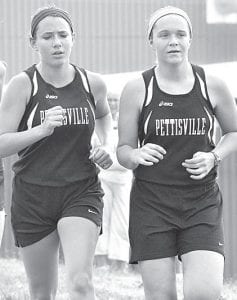 Pettisville finished 16th out of 39 teams in the Boys Division III-A race at the Tiffin Cross Country Carnival, Saturday, Sept. 7.

There were 267 total runners in the race.

The Birds finished with 456 points. Seneca East had three of the top six finishers and won with 117 points. Summit Country Day was second with 154.

Dominic Frey was the first Blackbird across the finish line. He placed 16th in 16 minutes, 58 seconds.

There were 302 runners in the race.

Alexa Leppelmeier was the first Blackbird to finish. She was 13th in 20:02.