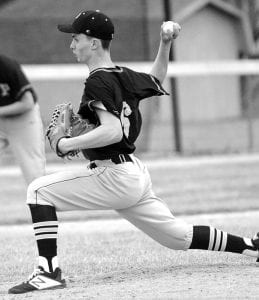 Logan Rufenacht suffered the loss on the mound. In 5 1/3 innings he allowed eight runs on six hits, struck out eight, and walked one.

Pettisville led 3-0 after one, but the Indians (3-4) scored once in the second, four runs in the third, three in the fourth, and eight runs in the fifth to win 16-3, Friday, April 5, at Pettisville.

Horning was the losing pitcher. In 3 1/3 innings he allowed eight runs on five hits, struck out two, and walked two.