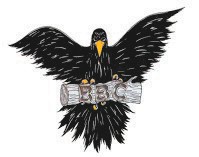 Voters in the Pettisville School District may face a request for a new property tax levy in the fall.

The Pettisville School Board approved pursuing a lengthy list of projects under Phase 2 of the 2011 building program at its Monday, May 13 meeting.

Among projects discussed were changes and upgrades to the district athletic fields, school building, and other areas.

Those upgrades may require the placement of a permanent improvement levy on the November ballot.

Steve Switzer, superintendent, said he would like to see a continuing levy so that there would be ongoing money coming into the fund.

That would allow the district to borrow, based on the expected income.

When asked about the size of a potential levy, Switzer said in an email message after the board meeting, “If I had to make an estimate at this point in time, I would expect somewhere in the three- to four-mill range, but that could vary.”

The board approved hiring architectural services to design the upgrades.

Projects to be considered under Phase 2 include the completion of the South Field complex and improvements to the track, baseball and soccer fields.

Chris Lee, district treasurer, said the South Field complex is the parking lot and athletic fields located on school- owned property on the south side of Co. Rd. D.

The varsity softball diamond is located there, along with two “utility” diamonds for younger athletes, such as Pony League.

Lee said enhancements at that facility include new restrooms, a press box, and additional concrete sidewalks for easy access for disabled persons.

Bus storage for the district fleet will also be considered.

Currently, the district rents a parking area off-site. School officials would like to look at storing the buses on school property.

The board approved considering renovating the library and study hall, and repurposing the elementary computer labs since they would no longer be needed with the approval of a new “One-on-One” computer program.

Upgrades in classroom technology will also be considered as a potential project.

Switzer also reviewed a list of projects that will be completed under the 2011 project and are eligible for co-funding under the Ohio Facilities Construction Commission.

Projects include lighting upgrades, fixing a parking lot sinkhole, relocating the loading dock and power door in the cafeteria, cell signal boosters, surveillance cameras and access control for doors, water seepage below grade, and an additional set of stairs to access the lower theater.

In addition to the Phase 2 and close-out projects, the district is considering a list of projects to be completed this summer.

All board members were present and all votes were unanimous with the exception of the hiring of Alexis King. John King abstained in that vote, since he is her father.

The next meeting is Monday, June 10, 8 pm, in accordance with summer hours for board meetings.–D.J. Neuenschwander