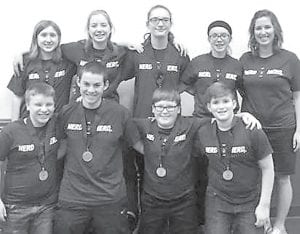 The Pettisville “Nerd Herd, Jr.,” went up against students from five other teams to win.

Other participating middle schools were Archbold, Evergreen, Pike-Delta-York, and Wauseon.

In all, 69 students were in the competition, which utilized a double-elimination format.

Archbold was second on the varsity and JV levels.

As the tournament winner, the varsity squad took home a traveling trophy for a year and received medals commemorating the achievement. There is no trophy for the JV team. 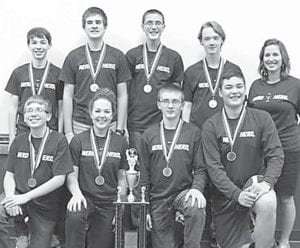