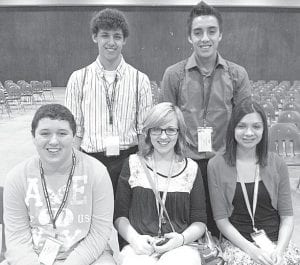 At the evening awards ceremony, the Pettisville chapter was awarded the Ohio Outstanding Chapter Award with a gold rating.

To be recognized as an outstanding chapter, members must complete projects, some of which include community service, the Ronald McDonald House, cancer awareness, and traffic safety, and must be active at the local, district, regional, and state levels.

The Pettisville FCCLA also received a leadership grant and recognition as an endowment fund contributor.