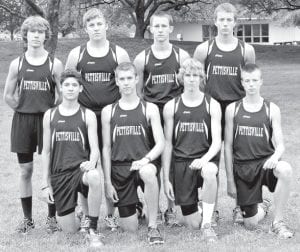 The Pettisville boys and girls cross country teams are ready for the 2012 season.

Tom Wagner, the 32-year PHS mentor, said there is good leadership on the girls and boys sides and both groups are hard-working.

Wagner has a 12-member girls squad with two returning letterwinners: Amber Loar, a senior, and Taylor D’Alelio, a junior.

Inexperience could play a factor for the Birds.

“We want to consistently improve each week by setting goals, working hard and improving our personal records,” said Wagner.

The girls posted a 9-6 Buckeye Border Conference record last year, finishing third. Overall their record was 27-96, and they placed eighth in the Division III district meet.

They will miss Tanner Hostetler, Lexie King and Ashlyn Bontrager, all lost to graduation. 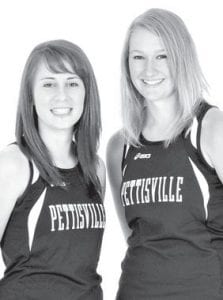 “We hope to make some noise and be competitive as the season progresses.”

On the boys side, the Blackbirds return eight letterwinners and have 13 runners total.

“We should be very competitive with similar-sized schools,” said Wagner. “We hope to progress each meet and peak at tournament time. We need to be careful on becoming too complacent, and stay injury-free.

“We should be in the hunt for the BBC crown again this year. Stryker and Fayette will be very tough to beat.”

PHS won the BBC with a 15-0 record, and was 110-36 overall last year. The Birds placed third at the district meet and eighth at the regional meet.

The Birds open the season, Saturday, Aug. 25, at the Defiance Early Bird Invitational.