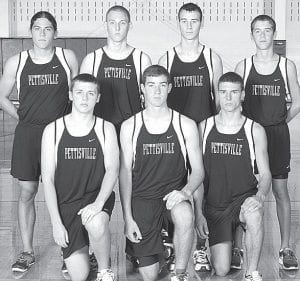 The Pettisville cross country teams have been under the guidance of Tom Wagner for 30 years.

With 10 returning letterwinners on the girls team, Wagner looks for his squad to compete for a Buckeye Border Conference title this year.

The girls team lost only one letterwinner on a team that went 104-39 last year, won the BBC with a 15-0 record, and finished second at the district meet.

Rachel Beck, who graduated, was the fifth team runner and team captain, and was named Second Team All-BBC.

“We should be quite competitive with most schools,” said the head coach. “In our area there are a number of very good teams such as Liberty Center, Wauseon, Ottoville, and Spencerville… just to name a few.

“We have pretty solid numbers for our size school. We have good leadership, experience, and many talented individuals, but we need to guard against injury.” 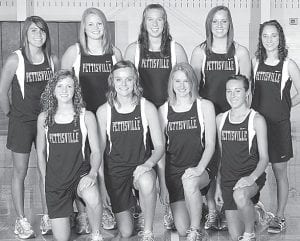 Returning for the girls:

“We should contend for the BBC title again this year,” said Wagner. “Stryker, Edon, and Fayette are three contenders for the crown in a pretty balanced league.”

“Younger kids will have to work hard to gain experience quickly,” said Wagner. “We’ll need to have members step up to fill leadership roles and find our sense of team.

“This will require us getting out of our comfort zones.”

Wagner is looking at some freshman to help lead the team.

“If we work hard, develop team unity, and stay injuryfree, we can become a team that will compete with most teams as the season progresses,” said the coach.

Wagner said Stryker, Hilltop, and Fayette are the teams to beat in another “very tough BBC.”

The Birds are scheduled to open the season, Tuesday, Aug. 31, in a tri-meet with Archbold and Evergreen at Archbold.