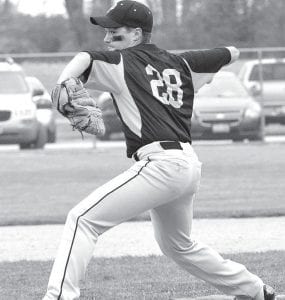 In its final regular-season and Buckeye Border Conference game, Pettisville pounded out 10 hits in a 22-6 victory at Fayette, Wednesday, May 11.

Rupp had three RBIs while Hartzler had four RBIs.

Barhite picked up the win on the mound, giving up six runs on six hits, striking out 10, and walking three.