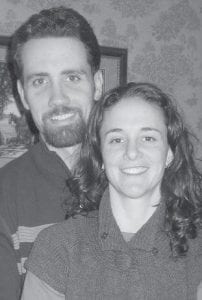 The bride-elect is a 1995 Stryker High School graduate. She earned a Bachelor of Science degree in biology from Defiance College in 1999. She graduated from the Mercy Integrated Clinical Laboratory Science program in 2004. She is a medical technologist at St. Vincent Mercy Medical Center, Toledo.

The couple will exchange vows Saturday, May 30, 2009, at North Point Church, Toledo.