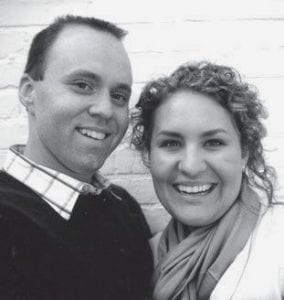 Doug and Valerie Kinsman, Archbold, announce the engagement of their daughter, Jennifer, to Thomas J. Riha, son of Thomas and Martha, Northville, Mich.

The bride-elect is a 1998 Living Word Christian School graduate. She graduated from Christ for the Nations Institute, Dallas, Texas, in 1999 and 2000, where she majored in Biblical studies and pastoral ministries.

She is a 2006 Dallas Baptist University psychology graduate and is a graduate counseling major at Heidelberg College. She is a quality improvement program specialist at Harbor Behavioral Healthcare, Toledo.

Her fiancé is a 1999 graduate of Northville High School, Northville, Mich. In 2005 he graduated from Madonna University, Livonia, Mich., with a degree in chemistry. He received a master’s degree in chemistry from Eastern Michigan University in 2008. He is employed in research and development at North American Science Associates in Northwood.

The couple will exchange wedding vows, Saturday, March 28, 2009 at Collingwood Presbyterian Church, Toledo. A reception will follow at the Toledo Club.