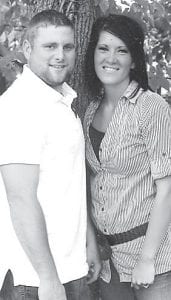 Steve and Doni Bahlman, Coldwater, Mich., announce the engagement and forthcoming marriage of their daughter, Ellyann, to Derek Schultz, son of Scott and June, Archbold.

The bride-elect is a 2010 graduate of Northwest State Community College, where she earned an Applied Science degree in medical assisting. She is employed by Midwest Community Health Associates, Archbold and Bryan.

Her fiancé is a 2005 graduate of the University of Toledo with a Bachelor of Science degree in construction engineering technology. He is employed by the City of Napoleon.

The couple resides in Archbold.