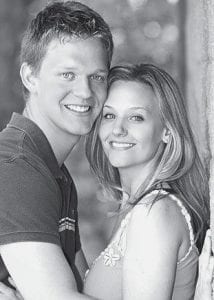 The bride-elect is a 2004 graduate of Christopher Dock Mennonite High School. She received a Bachelor of Science degree in nuclear medicine technology from the Indiana University of Pennsylvania in 2008.

Her fiancé is a 2005 graduate of Wauseon High School. He received an associate of arts degree in nuclear medicine technology from the University of Findlay in 2007.

The couple will exchange vows at 5 p.m., April 25, 2009, at the First United Methodist Church, Williamsport, Pa.