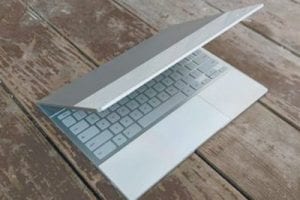 Pettisville School Board approved a plan that will eventually see each student issued a computer.

Mike Zimmerman, district technology director, discussed the program at the Monday, May 13 board meeting.

Zimmerman said the district currently has 332 Chromebook computers for student use. Many are nearing their end-of-life dates, when they will no longer receive updates from the manufacturer.

That could create issues with state testing, as the testing software may not be compatible with older machines, he said.

Zimmerman proposed moving to a program where the district would purchase enough computers for each student to have one assigned to them.

Initially, the “One-on-One” computers will be issued to grades 5-12.

By the 2022-23 school year, Zimmerman said each student, kindergarten-grade 12, will have a school-issued computer.

Zimmerman said Chromebooks will continue to be used.

Currently, classrooms share carts of computers. Teachers must schedule them when they are needed.

Zimmerman said there will be an investment of $90,000 in the first year of the program.

After that, the cost for the one-on-one program would average out to $9,000 more per year than the current arrangement.

New machines would be purchased as older ones age and are no longer supported.

Since some would be purchased every year, students would keep their assigned machine for four years before receiving a new computer.

After some discussion, the board approved the new plan.

Questions to be worked out include technology fees and a policy to cover what would happen if a student damages or loses a computer.–D.J. Neuenschwander