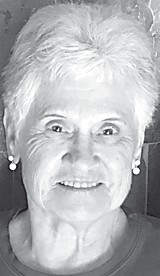 Norma Jean Miller, 82, of Wauseon, passed away unexpectedly in Sarasota, Fla., on Dec. 3, 2017, with her husband Robert by her side.

From her birth on July 4, 1935, to her death, she nourished people around her with love, faith, and encouragement.

She was born in Streetsboro to Ernie and Melinda Bontrager, and was the youngest of four children. From a very early age she learned the value of hard work and serving others.

She married Robert C. Miller, on June 23, 1956, in Aurora. They began their life together in Toledo and became active members of Toledo Mennonite Church.

Later in life, they moved to Wauseon, and were active in North Clinton Church.

They spent the winter months in their home in Sarasota, Fla., where they welcomed many friends and family. One of her fond memories was celebrating their 60th wedding anniversary in New York City with her children.

Her interests included family, church, gardening, volunteering, putting together puzzles, and table games. She devoted much of her time and energy to her family, which was her joy and passion.

Norma was preceded in death by her parents; brother, Gerald Bontrager; and sister, Bertha Steiner.

A celebration of Norma’s life will be held in January at North Clinton Church.

Norma will be remembered for her generosity and giving nature. In lieu of flowers, donations may be sent to either The Cystic Fibrosis Foundation (www.cff.org) Cleveland Chapter or North Clinton Church in her memory.