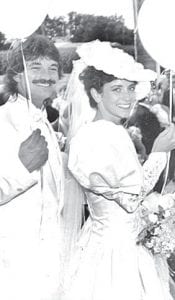 The couple celebrated with family and friends.