No Decision Yet By Officials On Franklin Township Fire Contract 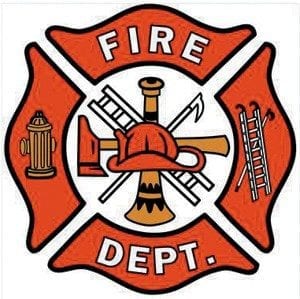 No decision or recommendation has been reached on who the Franklin Township Trustees will choose to provide fire protection services for the southern-most mile of the township.

For decades, the township has contracted with the Archbold-German Township Fire Department to provide fire protection services for Franklin Township from Co. Rd. H to Co. Rd. J, including the Ohio Turnpike.

Village of Archbold officials sought an increase in the contract cost, from roughly $6,000 per year to $16,256.

The new figure is based on what Archbold officials consider is the cost to serve the one-mile stretch of Franklin Township.

Gorham Township offered to cover the entire Franklin Township area for $20,000 per year, less, proportionally, than what Archbold wants to charge for one mile.

On hand from Gorham Township was Trevor Hibbard, a trustee.

Kinsman said passing a large fire levy to cover an increase in the cost of the Archbold contract would be “hard to swallow” for his residents.

He said it would be irresponsible if they did not look at other fire protection options.

“I wish it didn’t come down to money,” Kinsman said.

Hibbard said it was not the intention of the Gorham Township trustees or the Fayette Fire Department to undercut the Archbold price.

“We’re just trying to be a good neighbor, he said.

Morton said Archbold and German Township just went through a process to insure that both village residents and township residents outside the village paid the same amount in taxes for fire services.

Mutual aid has been an agreement between fire departments for decades that states if one department needs more help to fight a large or dangerous fire, it may call for help from other departments.

Rarely, if ever, is there any attempt by a department providing mutual aid to charge another department who receives it.

Morton said the last mutual aid contract signed between the Archbold and Fayette fire departments was from 1981.

Bentz suggested the agreements be updated at least every five years.

Brodbeck explained automatic mutual aid occurs when there is a confirmed structure fire in one department’s jurisdiction.

In that case, Fulton County sheriff dispatchers automatically dispatch another department to help, before it is requested by the original department.

Automatic mutual aid was established by an agreement between the fire chiefs. It was not dictated by others.

Hibbard said Gorham Township contributes a lot of money to different projects, yet gets no return.

For example, he said Archbold and German Township each got $250,000 grants from the Ohio Public Works Commission. Gorham Township got nothing.

Hibbard said Archbold receives more than $500,000 from the Fulton County Commissioners to operate EMS units, including ALS- 1, the paramedic unit.

Archbold, he said, can use the EMS money from the commissioners to operate the fire department.

Hibbard also said the Fayette Fire Department wants to operate paramedic units, and should be funded for that.

Brodbeck said no one makes a profit from the fire service; there is a cost of simply doing business.

Hibbard said other departments within the county are undergoing similar discussions, and that with increased costs and training requirements, all parties will have to consider contracts in the future.

Brodbeck said, in the end, the Franklin Township Trustees must take the decision about how they want to provide fire protection to their residents.