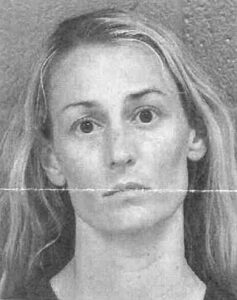 The Napoleon Police Department is seeking an escaped prisoner.

Brittney Jayme Ellert, 34, 5 feet, 9 inches, 115 pounds, bond hair, brown eyes, was being transported by U. S. Corrections Company employees, when she escaped at the Napoleon Love’s Truck Stop on Thursday, Aug. 12. At the time of her escape, she was wearing plaid shorts, a black shirt, yellow and white jacket, and flip-flops. She was wearing a belt restraint, with one hand handcuffed to it.

U. S. Corrections is a private prisoner transport company.

Napoleon Police and the Henry County Sheriff Department immediately responded to the scene.

In a press release, Edward Legg, administrative lieutenant with the Napoleon Police Department said an extensive search of the area around the truck stop was conducted, utilizing the NPD K9 unit, the Fulton County Sheriff Department drone aircraft, and the Ohio State Highway Patrol. She was not found.

Ellert was being taken from Mecklenburg County, N. C., to Allen County, Indiana on a warrant for felony Arson.

Anyone with information on Ellert’s location is encouraged to contact Napoleon Police at 419-599-2810, or their local law enforcement agency.–posted 10:43 am, Friday 8/13