Music Commission Gets $10,000 Commitment From Council, Park Board 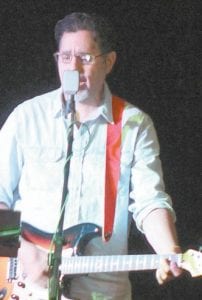 The Archbold Music Commission, which brought musicians from Austin, Texas, to Archbold audiences, has received a $10,000 financial commitment from Archbold.

During the Park Board meeting, Jennifer Kidder, Archbold Parks & Recreation director, and the board evaluated the program. Kevin Morton, a member of Park Board and council, asked about attendance and the number of events.

He said more effort should be put into publicizing the events, because many didn’t know about the programs.

Kidder brought up the issue of target population. She called for expanding the types and selections of music programs offered.

“We need to target different audiences,” she said.

She also suggested more involvement with Archbold schools, such as concerts for students and involvement of the school bands.

During the council meeting, Donna Dettling, village administrator, said the program had a great deal of success, but AMC “wants to try to do better.”

Morton told council the programs were “received very well,” and that the board was thinking about ways to improve the program, including an added emphasis on promotion.

Kevin Eicher, a councilman, asked why events can’t be held on Friday nights.

“Think of all the people who leave for the lake, and football games,” Morton said.

Morton said a $10,000 commitment is a lot of money, but “when you consider how we underwrite the pool and how we subsidize all our programs,” it’s not a lot.

In a later interview, Kidder said AMC gets funding for programs from more than one source.

In addition to the village contribution, the Archbold Area Foundation has contributed funds along with the Black Swamp Arts Council, grant funding, and the tip jar– money that’s donated to the musicians.