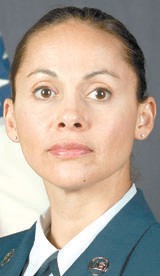 Memorial Day programs for Archbold, Pettisville, and Ridgeville Corners have been set.

At the Archbold Knights of Columbus Hall, American Legion, Buehrer-Lauber- Weckesser Post 311, hosts the Memorial Day service, which starts at 9:30 am Monday, May 30.

It features a performance by the Archbold High School Marching Band, the traditional firing of rifle volleys, and the tolling of the bell.

A 1994 AHS graduate, she entered the Air Force on Nov. 25, 1995. Today, she is the public health flight chief at Vandenberg Air Force Base, Lompoc, Calif.

She has been stationed at Knob Noster, Mo., Glendale, Ariz., Korea, San Antonio, Texas, and Guam. 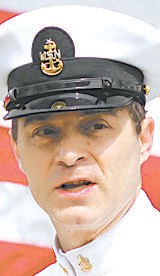 Members of the Archbold American Legion Post will stage the ceremony at Pettisville, beginning at 11 am at the Pettisville Cemetery.

In case of bad weather, the ceremony will be held at the Pettisville High School gym.

The PHS band will perform. John Rufenacht, PHS student council president-elect for 2016-17, will give the welcome, invocation and introduction.

Lyla Heising, a Pettisville sixth grader, will read “In Flanders Field,” a poem written during World War I.

The bell will toll, and rifle volleys, fired.

D’Alelio served on three US Navy submarines and six overseas deployments during the course of his 22- year career.

Entering the Navy in 1986, he served during two wars, and witnessed the collapse of the Soviet Union and the end of the Cold War.

He twice received the National Defense Medal before retiring in 2008 as a senior chief. 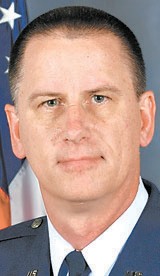 A peace treaty between North and South Korea was never signed, according to research. Only an armistice, or cease-fire agreement, exists.

Technically, almost 63 years later, the two countries are still in a state of war.

As part of the ceremony, the Ridgeville Community Choir and AHS marching band will perform, and children will perform a flag drill.

A new display case of memorabilia from Roger Hogrefe, Okolona, will be dedicated. Hogrefe is a World War II veteran.

The speaker will be Scott E. Reed, an Air Force colonel.

Reed is vice commander of the 180th Fighter Wing, stationed at the Toledo Express Airport.

He entered the Air Force through the Reserve Officer Training Corps program (ROTC) in 1984 after graduating from the University of Notre Dame with a degree in aerospace engineering.

He furthered his education, including graduating from the Air War College in 2009.

He is a command pilot, having flown F-4 Phantom and F-16 Falcon fighterbombers. He has flown combat missions in operation Desert Storm and Iraqi Freedom, and Korea.

He has logged more than 4,100 hours of flight time.