Memorial Day, A Day To Remember 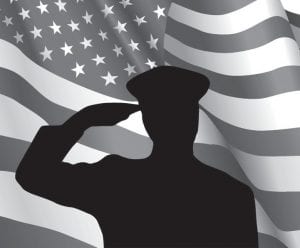 Memorial Day, the unofficial start of the summer season, is here.

For many citizens, it’s a day off work, a day to cook out, to go to the park, to open the pool. It’s a fun day.

While we relax, it would be good to remember that in Arlington County, Va., a young soldier in a wool uniform carries a rifle. That soldier walks a precise path of 21 steps across a rubber mat, in military discipline.

At the end of 21 steps, the soldier makes a quarter-turn, waits exactly 21 seconds, then does another quarter turn, and walks 21 steps to retrace the course. After 30 minutes the soldier is relieved when another young soldier takes over the duty.

The soldiers are Tomb Guards, members of the U.S. Army Third Infantry Regiment, known as The Old Guard. Their job is to guard the Tomb of the Unknown Solider, a vigil that has gone on 24 hours a day, 365 days a year, since July 2, 1937.

The soldiers guard more than just a marble memorial. They guard the respect, dignity, and honor thousands of American soldiers, sailors, airmen, and Marines paid for with their lives.

One day each year, Memorial Day, we honor and remember the men and women who died in service of their country.

Shouldn’t you celebrate the freedoms we enjoy and honor the sacrifices our soldiers have made by attending?