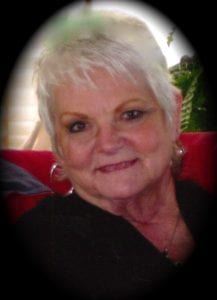 Mary A. Rupp, age 69, of Wauseon, passed away Friday afternoon, Aug. 3, 2012, in her home after a battle with cancer.
Together with her husband, Steve, they owned and operated Prairie Bee Camp in Chapleau, Ontario, Canada, for 13 years, where they met many great friends.
Mary and Steve also managed the Fulton County Airport and owned Rupp Aviation for seven years.
The last seven years she was the giftware’s buyer and merchandiser and greenhouse manager at Ace Hardware in Wauseon.
Mary was born in Dola, Ohio, on April 30, 1943, the daughter of Melvin and Lenore (Amstutz) Johnson.
On Aug. 25, 1962, she married Steve Rupp, and he survives. In a couple of weeks, Steve and Mary would have celebrated 50 years of marriage!
Mary was a member of North Clinton Mennonite Church in Wauseon.
Mary was a kind and compassionate person, especially to those suffering from cancer. She cared for both of her parents for months while they were battling cancer.
She would fly with a good friend to care for her during her cancer treatments and she spent many hours at the hospital with another family friend and her sister-in-law while they were sick with cancer.
In her spare time, Mary loved to care for her yard and garden, travel to warm, tropical beaches, and spend time with family and friends. And of course, she loved being a grandmother!
Surviving is her husband, Steve; son, Jeff (Becky) Rupp of Wauseon; daughter, Kim (Don) Reaver of Wauseon; eight grandchildren, Ashtyn, Ariel, Austin, Kelsey, Brittany, Seneca, Sierra, and Lance; five great-grandchildren, Addison, Randy, Tobin, Braylin, and Jackson; foster daughter, Mig Riegsecker of Delta; and one sister, Jayne Franz of Napoleon.
Mary was preceded in death by her parents.
A Celebration of Mary’s Life will be held at 11 a.m., Tuesday, August 7, 2012, at North Clinton Mennonite Church, with Pastor Brad Faler, officiating. Interment will precede the service at the Pettisville Cemetery at 9:30 a.m.
Friends may call at North Clinton Mennonite Church on Monday from 2 p.m. until 8 p.m.
The family requests that memorial contributions be given to Hospice of Williams and Fulton Counties.
Online condolences may be offered to the family at www.grisierfh.com. Edgar-Grisier Funeral Home in Wauseon has been entrusted with arrangements.-Posted 8.5, 2 pm