Man Charged With Attempted Murder In Shooting Of Deputy 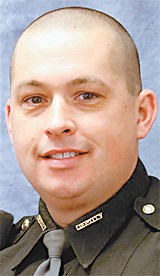 The man accused of shooting a Fulton County sheriff deputy, Monday night, July 31, has been captured and charged with attempted murder.

Jeshua Leto Gilmore, 18, of Toledo, was captured by Toledo police.

Information stating Gilmore was a resident of Upton Avenue, Toledo, was telephoned to the Fulton County Crime Stopper at 3 pm, Tuesday, Aug. 1.

By 3:10 pm that day, Toledo police had Gilmore in custody.

Gilmore is still being held at the Corrections Center of Northwest Ohio as of Monday afternoon, Aug. 7, on a $1 million cash bond.

No option to put down 10% of that amount is allowed.

Jeremy Simon, the deputy who was shot, was taken to Mercy St. Vincent Medical Center, Toledo, by helicopter ambulance. He was released from St. Vs less than 48 hours after the shooting.

Roy Miller, sheriff, said Simon will be off work three to four weeks.

Simon was dispatched to a suspicious activities call about 9:32 pm, Monday, July 31, at the Country Corral restaurant, located south of the Ohio Turnpike on St. Rt. 109 west of Delta. 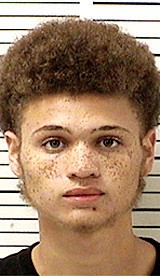 As he approached, the suspect raced away, and a pursuit ensued north on St. Rt. 109.

The vehicle, which later was discovered to be stolen, had a malfunction and came to a stop in the area of St. Rt. 120, north of US20.

Allegedly the first person out of the car was Skye Thibodeaux, 18. Court records show Thibodeaux with a Delta address.

She ran into a cornfield, but later surrendered.

Charged with obstructing justice and obstructing official business in Fulton County Eastern District Court, she was booked into CCNO, Tuesday, Aug. 1, and as of Monday, Aug. 7, was still at CCNO.

The driver, allegedly Gilmore, got out of the car and fired four shots at Simon and his police dog. Simon was struck twice under the armpit along his left side.

Miller explained there is a placed under the armpit in the body armor officers wear, where armored sections come together. The two bullets, from a .40 handgun, found the vulnerable spot. 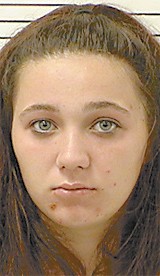 The dog was uninjured.

Gilmore allegedly fled into a cornfield. Officers from law enforcement agencies from two states were unable to locate Gilmore.

Later it was discovered a sport-utility vehicle was stolen from an area business. Miller said it is believed Gilmore took the SUV to escape the police perimeter.

In addition to attempted murder, Gilmore is charged with fleeing and eluding a police officer, and having a weapon while under disability.

A hearing in Eastern District Court will be held tomorrow, Thursday.

He also has a 10-count indictment from March hanging over his head for theft, grand theft, and receiving stolen property.