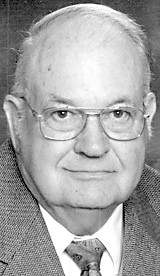 Mr. Newcomer was a 1952 graduate of Bryan High School and a veteran of the United States Army, serving in Korea as a sergeant.

Following his active duty service, he served four years in the Army Reserves.

A lifelong farmer, he was also considered to be a “master craftsman” who could build or fix most anything.

He was an active and supportive member of St. John Lutheran Church near Stryker, where he served as a deacon and trustee, and was a member of the church council and building committee.

Most of all, he was a devoted family man.

He married Helen Martha Shibler on April 17, 1960, at St. John Lutheran Church near Stryker, and she preceded him in death on April 7, 2015.

To sign the online register or to send condolences, please visit www.krillfuneralservice.com.