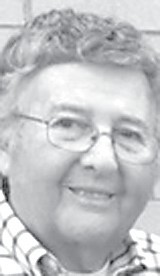 A lifelong resident of the Archbold area, he farmed and was a car salesman for the former Wagner Motor Sales and then Don’s Automotive of Wauseon. He enjoyed serving on the Fulton County Fair Board for several years, and supporting his children and grandchildren with their 4-H projects.

He was a member of the Central Mennonite Church.

He was preceded in death by his parents; his wife; and a step-grandson, Joshua Stanford.

A Celebration of Life Service will be held today, Wednesday, at 11 a.m. at the Central Mennonite Church with Pastors David Elkins and Regina Wenger officiating. Interment will precede at 10 a.m. in the Pettisville Cemetery.

The family suggests that memorials be given to CHP In-Patient Hospice or Rupp Rehab. www.ShortFuneralHome.com.