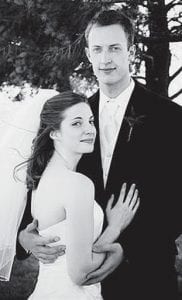 The bride is the daughter of Russ and Sherry Litwiller, Hopedale, Ill. The groom is the son of Dwight and Jane Ann Voth, Goessel, Kan.