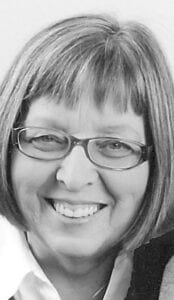 BornApril 22, 1958, in Montpelier, she was one of eight children born of the union of Fred and Betty (Smith) Nowak.

Linda lived her early years in West Unity, attending grade school at the former Alvordton School before graduating from Hilltop High School with the Class of 1976.

On July 14, 1979, she married Lyle “Butch” Opdycke at the Fayette United Methodist Church, and his family farm in Fayette became her permanent cherished home.

Linda selflessly joined Butch in business operations of the family farm, alongside raising three children. Possessing all of the qualities of a nurturing, loving and protective mother, she naturally assumed the respected role of the matriarch of the family.

Her greatest honor, however, was granted to her upon receiving the title of grandmother, and she adored each of her grandchildren with every ounce of her being, dropping everything when opportunities arose to spend time with them.

In addition to farming, Linda also worked part-time positions at Fayette Tubular Products and in the kitchen at Fairlawn Haven in Archbold.

Linda also enjoyed many years working at R&H Restaurant in Fayette, where she was able to market her domestic talents of delectable cooking, baking, and pie-making.

She also loved traveling, cross-stitching, shopping excursions with her sisters, and trying her luck at nearby casinos.

A link to view the recording of the live streaming of the service is accessible from Linda’s tribute wall on www.WagleyFuneralHomes.com, beginning at 11 a.m. on Tuesday, March 23. It will be available for 90 days.

Online memories and condolences may be shared at www.WagleyFuneralHomes.com.