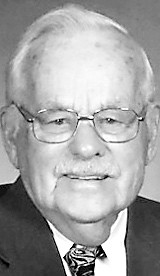 A lifelong resident of the Archbold/Pettisville area, he farmed and worked doing carpentry for Earl Beck, and later, Paul Ruffer.

He, with his wife, took two trips to Alaska and he recently wished to go back. He enjoyed coon hunting, fishing, vacationing in northern Michigan and wintering in Florida.

He attended the Archbold Evangelical Church.

A Celebration of Life service was held on Monday at 11 a.m. at the Archbold Evangelical Church with Pastor Jesse Kahler officiating. Interment preceded at 10 a.m., Monday, in the Pettisville Cemetery.

Short Funeral Home in Archbold was entrusted with the arrangements.

The family suggests that memorials be given to the Special Care Unit at Fairlawn Haven. www.ShortFuneralHome.com.