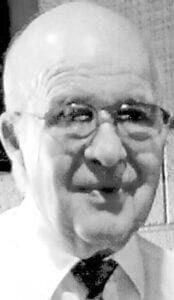 Prior to his marriage, he served two years of 1W Service in La- Junta, Colo.

On April 30, 1960, he married Juanita Brenneman at East Goshen Mennonite Church. They raised their family in Goshen and have been active Goshen residents.

Along with his parents, Ervin Jay and Marjorie (Aeschliman) Nafziger, he was preceded in death by two brothers, Stanley and George Nafziger.

An attendee of Clinton Frame Church, family was very important to Leon, especially his grandchildren.

Mr. Nafziger was most recently a groundskeeper at Das Dutchman Essenhaus, Middlebury. He also worked at Burger Dairy, Troyer Poultry and Starcraft Marine.

He enjoyed the outdoor activities like gardening and mowing.

Memorial donations may be given to Clinton Frame Church.