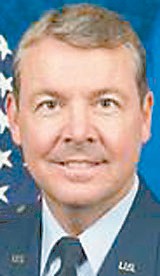 A U.S. Air Force Major General and a former USAF Staff Sergeant will be speakers at Memorial Day events in Archbold, Pettisville, and Ridgeville Corners, Monday, May 29.

Jeffrey Kruse, a 1986 Pettisville High School graduate, will speak at the Archbold and Pettisville ceremonies.

He joined the USAF Reserve Officer Training Corps (ROTC), and in 1990, graduated with a bachelor’s degree in political science.

He went on to study military intelligence, earning a master’s degree in the field from Joint Military Intelligence College in Washington, D.C., in 2004.

He worked in legislative affairs for the Air Force and served as a programmer, managing a $12-billion portion of the $120-billion USAF budget. 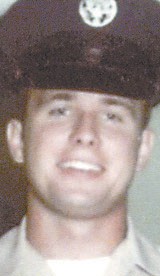 After having served in locations around the world, the USAF website says Kruse is director of intelligence for the U.S. Pacific Command.

The post makes him the senior intelligence officer in the Asia-Pacific region, responsible for planning, coordinating, and executing intelligence operations across the 36-nation theatre of operations.

He has commanded operational Intelligence, Surveillance, and Reconnaissance (ISR) units from squadron to wing level.

He has served as the commander of the 480th ISR wing, directing global Air Force ISR operation in support of combat-engaged warfighters around the world.

In a 2005 interview with this newspaper, Kruse said even though he had been on assignments around the world, he still remembers his time in Pettisville.

“I loved every minute of living in Northwest Ohio,” he said. “There’s no better way to raise a family, be part of a family, or be part of a community that sticks together through thick and thin.

“The values of our towns all throughout the region are the values that probably helped me be the Air Force officer I am today.”

Prior to the service, Kruse will be honored by his alma mater.

He will be the first PHS graduate to receive the Distinguished Accomplishments award during an assembly in the PHS varsity gym at 9 am, Friday, May 26. The event is open to the public.

In a press release, Pettisville school officials said Roger Rupp nominated Kruse for the honor in 2015.

Steve Wing, the speaker at the Ridgeville Corners ceremony, served four years in the Air Force, including 18 months in Vietnam.

Wing was a flight engineer on a USAF CH-3E helicopter. He flew more than 130 combat missions.

Today, Wing is a resident of the Patrick Henry School District with his wife, Paddy. He retired in 2012 after 36 years of farming near Westhope.

They have two children and four grandchildren. All reside in the Patrick Henry school district.

At Archbold, the Memorial Day service begins at 9:30 am at the Archbold Knights of Columbus Rebeau Hall. The Archbold American Legion, Buehrer-Lauber-Weckesser Post 311, hosts the service.

In addition to Kruse’s speech, the service will feature a performance by the Archbold High School Marching Band, the traditional firing of rifle volleys, and the tolling of the bell.

Ridgeville Corners American Legion, Ward L. Adams Posts 454 will hold its program at 10:30 am at the Legion Hall.

There will be performances by the Community Choir and AHS Marching Band.

Children will participate in the event. They will perform a traditional flag drill and release balloons.

Archbold and Ridgeville Corners events will include a POW-MIA (Prisoner of War- Missing In Action) display.

A table with a dinner place setting for one, never occupied, commemorates and remembers members of the Armed Forces who never returned from military assignments.

Each of several items on the table is symbolic.

In case of inclement weather, the ceremony will be moved to the PHS gym.

She and Nichole Foor, members of the Pettisville High School band, will play taps.

Rosemary Baer, a Pettisville sixth grade student, will post the colors and deliver the poem, “In Flanders Fields.”

The event will feature music by the PHS Band.