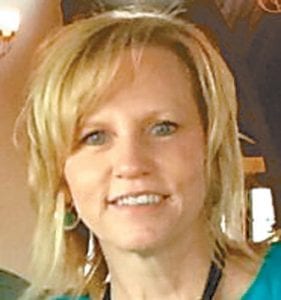 Donna Konst, chief executive officer of the Fairlawn Haven Retirement Campus, will leave her post at the end of the month.

Her last official day is Aug. 31, but she is taking vacation days, so her last day on campus is Friday, Aug. 23.

She is a resident of rural Ottawa. Was the daily commute to Archbold the reason for her leaving?

“She wanted more time with her family. A long-term care facility is 365 days, 24 hours a day.

“The new position she is going to is not an inpatient facility. It’s a Monday-through- Friday position,” Yoder said.

Konst joined the staff at Fairlawn in December 2015.

Yoder said the Fairlawn Board has put together a team of people to search for a new CEO. The team will work with Mennonite Health Services, a consulting firm.

MHS has worked with Fairlawn officials in the past.

Yoder said she was not aware of plans for an interim CEO.

Yoder said there is no definite timeline in place to hire a new CEO.

“She has done a tremendous job of getting our financial situation strengthened, and we have been at, or near, capacity most of this year.

“The retirement community is very strong and doing very well.

“She’s leaving us in a very good position. She did some really good things over the last couple of years to help strengthen Fairlawn.

“There’s been so many changes in long-term health care, and she has really helped Fairlawn to navigate a lot of those changes that have been very difficult for nursing homes across the country.

“They say they’re the most sweeping changes since 1980. They’ve been very significant and severe.”

Fairlawn is currently fivestar rated by the Centers for Medicare & Medicaid Services, a government agency.

Konst replaced Brent Nofziger, who was hired in 2014 to replace Steve Ringenberg, who retired June 1, 2014, after serving at Fairlawn for 29 years.

Nofziger started the job Jan. 5, 2015, but in mid-May of that year, developed medical problems that compelled him to resign in mid-June.