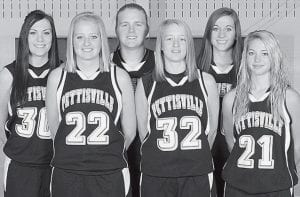 “It was a great win for us tonight,” said Jason Waldvogel, PHS head coach. “Wauseon is a quality program, and coach Myers does a great job.

“I thought our defense made some good adjustments. Erica King had a fantastic game for us tonight.”

Wauseon held a slim 18-14 lead after the first quarter, but PHS exploded for 19 points in the second while the Indians scored only eight to take a 33- 26 halftime lead.

The second half stayed relatively even, with Wauseon outscoring PHS in the third 14-11. Both teams scored 15 points in the fourth for the 59-55 final.

King led all scorers. Alexa Short also scored in double figures for the Birds, with 14 points, including three threepointers.