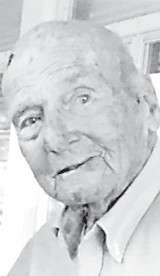 Kenny was born Jan. 1, 1927, in Archbold, one of eight children born to the late Lester and Hulda (Miller) Grime.

An Army veteran of the Korean Conflict, Kenny married Martha J. Beck on July 28, 1956, in Archbold, and she survives.

Kenny retired from Quality Glass, where he was an installer for many years, retiring in 1986 due to a medical condition. He previously worked for Miller Brothers Paving for 25 years and also for Sauder Woodworking.

Kenny was a member of First Presbyterian Church in West Unity.

He was also a member of the Machine Operators Union and the former West Unity Sportsman’s Club, where he served as treasurer.

Kenny enjoyed fishing, hunting, woodworking and playing card games. He was known as a jokester and a well-versed storyteller.He treasured the time he was able to spend with his family, especially memories made by his children and grandchildren.

Funeral services for Kenny will be held at 10:30 a.m., Thursday, Jan. 4, 2018, at First Presbyterian Church, 201 East North Street, West Unity, with Pastor Thomas Steensma officiating. Interment will follow in St. Peter Catholic Cemetery, Archbold. Visitation will also be held at the church one hour prior to the service on Thursday at the church.

Those planning an expression of sympathy are asked to consider memorial contributions be made to Community Health Professional Hospice, 1215 Portland Street, Bryan, Ohio 43506, or to the charity of the donor’s choice.