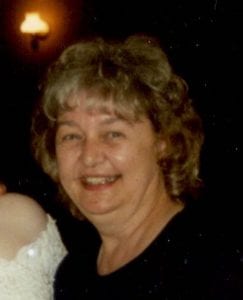 Judy Ann (Schwarck) McCormick passed away peacefully on Dec. 9, 2019, in Defiance, after a long illness. She was 75.
She was born March 4, 1944, to Betty (Martin) and Vernon Schwarck, and was raised in Wapakoneta.
During her high school career, she was a member of the National Honor Society, Marching Band, and The Lantern, the school newspaper. She graduated from Wapakoneta High School in May 1962.
Judy married her high school sweetheart, Jack McCormick, on Sept. 1, 1962.
After moving from Wapakoneta to Fort Wayne, Ind., and then to Van Wert, Judy worked for WERT, the local radio station, and Welcome Wagon.
In March of 1974, the couple adopted their daughter, Erin Nichole.
In 1978 the family settled in The Colony, Texas, where Judy became a substitute teacher. One of her greatest joys in life was teaching special education students in the Lewisville School District. She was a master at getting the kids to actually learn the material.
She also became the school secretary for Camey Elementary School in The Colony.
In 1986, the family moved to Wauseon, where she became office manager and personal lines customer service representative for the Stamm/Promised Land Insurance Agency in Archbold, which became Daniel-James Insurance.
She was paired with her husband, Jack, when he became agency manager and commercial lines producer.
In 1989, Judy was hired at Andres, O’Neil & Lowe Agency, Inc., when they bought the Archbold branch of Daniel-James.
A year later, the “Dynamic Duo” was together again, serving the insurance needs of Northwestern Ohio.
Jack has said, “I never had to worry what was going on at the agency, because I knew that Judy was running it. She always had my back.”
During that time, she also helped start the Archbold Area Chamber of Commerce along with Fred Witte, and was on one of the first boards of the organization.
The subsequent years saw the marriage of her daughter in 1999 and the birth of her granddaughter, Casmira, in 2001.
She was also instrumental in helping with the downtown revitalization project of 2006. Her voice can be heard on the DVD release of Archbold, Ohio: A Walk Into the Past.
She retired from the insurance business in 2007.
She was preceded in death by her father, Vernon Schwarck, and her sister, Marceil Painter.
Surviving her is her husband and best friend, Jack; her daughter, Erin; and her granddaughter, Casmira.
Visitation for Judy will be held from 2 p.m. until 6 p.m. on Monday, Dec. 16, 2019, at the Grisier Funeral Home in Archbold. A Celebration of Judy’s Life will be held at 11 a.m., Tuesday, at St. Martin’s Lutheran Church in Archbold, with Pastor Paul Reichert, officiating. Interment will be in the Archbold Cemetery.
The family requests that memorial contributions be given to Sara’s Garden in Wauseon.
Online condolences may be offered to the family at www.grisierfh.com. -Posted 12.11.19, 1:55 pm