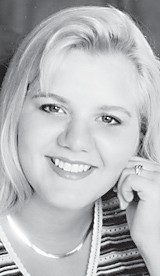 Jody Ann Riley, 40 years, of West Unity, passed away in her sleep on Saturday, Nov. 11, 2017, at home due to extended complications from an automobile accident.

Jody was born March 11, 1977, in Wauseon, the daughter of Steven K. Riley and Stella Perez.

Jody was a 1995 graduate of Hilltop High School in West Unity, and cherished the lifelong friends she made in school.

Jody was a devoted mother who loved and adored her two boys, Seth and Adam. She enjoyed fishing with her father, shopping with her mother and caring for her boys. Jody had a big heart and would do anything for anyone.

She also has many aunts, uncles and cousins who will miss her dearly.

In lieu of flowers, those planning an expression of sympathy are asked to consider memorial donations be made for her sons to The Family of Jody Riley, c/o Farmers and Merchants State Bank, 200 West Jackson Street, West Unity, Ohio 43570.