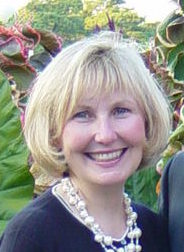 Jane Elizabeth Friesen, age 55, of Archbold, passed on surrounded by her family on Sunday, April 22, 2012, after a 2 1/2-year struggle with breast cancer.
Jane was born in Hutchinson, Kan., on June 16, 1956, the fourth daughter of Abe K. and Dorothy M. (Wiebe) Friesen.
Jane was a graduate of Bethel College, North Newton, Kan., with a Bachelor of Social Work degree, and just recently completed her Masters of Divinity (MDiv) from Associated Mennonite Biblical Seminary (AMBS) in Elkhart, Ind.
Jane married Kelvin Friesen in Hutchinson, Kan., on May 26, 1979. During their 33 years of marriage, they lived and worked in Denver, Colo., Arlington Heights,  Ill., Toledo Ohio, and finally Archbold.
In Denver, Jane worked as a receptionist for Fortner Hauber CPA while Kel worked for Hickory Farms, Inc.
When Kel’s work with Hickory Farms took them to Arlington Heights, Ill., Jane worked for Mennonite World Conference as a program director, planning and travelling to various Mennonite conventions throughout the world.
Daughter Kim was born in Arlington Heights in 1988.
In 1989, Kel’s transition to Hickory Farms headquarters took them to Toledo. Here, Kate was born in 1992.
Jane thoroughly enjoyed being a full time mother to the girls. She actively volunteered at Toledo Mennonite Church and in various activities involving Kim and Kate.
When Kel accepted a position with Sauder Manufacturing Co., the family moved to Archbold in 1999.
Jane was a substitute teacher in the Archbold school system and continued to be active in the lives of her daughters.
During this time Jane began taking classes toward an MDiv at Associated Mennonite Biblical Seminary in Elkhart, Ind.
At the time of her death, she was actively involved in her life calling as member of the pastoral team at Zion Mennonite Church in Archbold.
She was an excellent cook, and loved entertaining. Other activities she enjoyed were gardening, music and singing.
She loved traveling with her family and friends.
In all of these locations, Jane’s beautiful smile, her warm personality and her love of people endeared her to those she met throughout her life.
Preceded in death by her parents. Abe K. and Dorothy M. Friesen of Hutchinson, Kan., Jane is survived by her husband, Kelvin; daughters Kimberly (Kim) and Kathryn (Kate); and sisters Judy Williams and husband Tim, Spokane, Wash., Karen Franz and husband Rod, Manhattan, Kan., and Arlene Schmidt and husband Wilbur, Newton, Kan. She is also survived by two nephews and five nieces and their families.
Jane will also be greatly missed by Kelvin’s parents, (Paul and Wilma Friesen), of Hesston, Kan., his three brothers, two sisters, six nephews and four nieces.
Visitation will be Friday, April 27, 2012 at Zion Mennonite Church in Archbold, from 2 pm to 4 pm and from 6 pm to 8 pm.
A celebration of Jane’s life will be held Saturday, April 28, 2012, at Zion Mennonite Church starting at 2 pm.  An interment will follow at Lockport Cemetery.
Jane’s family would like to thank her doctors, nurses, Hospice of Williams County, Zion Mennonite Church and many friends and neighbors for their wonderful care during the last few years.
Memorials can be given in Jane’s honor to Fish Food Pantry in Archbold or to Camp Little Eden, Onekama, Mich.
Grisier Funeral Home in Archbold has been entrusted with arrangements. Online condolences may be offered to the family at www.grisierfh.com.–Posted 4.23, 4:45 pm