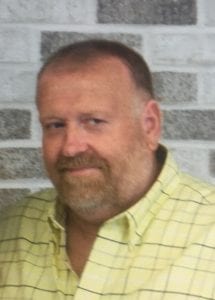 James Kenneth Trowbridge, age 61, of rural Archbold, passed away unexpectedly at his home on Tuesday, April 25, 2017.
He was born Aug. 14, 1955, at Wauseon, to Kenneth W. and Barbara “Louise” (Gear) Trowbridge.
On Oct. 4, 1980, Jim married Sherry (Connin), and she survives. Together they had two sons, Thomas James (Heather) Trowbridge of rural Archbold and John Kenneth Trowbridge of Sylvania.
He is also survived by one grandson, Tucker James Trowbridge.
In addition, Jim is survived by his sisters, Carolyn (Jeff) Walters of Defiance, Marilyn (Bob) Nussbaumer of West Unity, Karen (Ken) Bergstedt of Liberty Center, Jane (Dennis) Johnson of Columbus, and many nieces, nephews, cousins and their families.
Jim was a lifelong farmer raising purebred Spot hogs, grain farming, and even milked cows in his younger years. He had a love for his pigs and traveled to many states showing the Spot breed that was started by his father in 1942.
In doing so, he was the recipient of many awards, one of which included being inducted into the Spotted Breed Hall of Fame in 2015 at the Ohio State Fair.
Other awards included:  FFA State Farmer Degree (1973), Winner of FFA State Swine Proficiency Award (1974), and Member of National Spotted Swine since 1964, and Honorary Chapter FFA Degree (2003).
He is also a member of the Fulton County Pork Producers and National FFA Alumni.
Jim loved helping young children get involved in 4-H and FFA and sharing his love of hogs. He was always there to give advice or lend a helping hand, a trait that has been passed down through his family.
His generous heart has given away many Spotted pigs over the years and he did so until his final hours. On Monday evening, Jim donated a gilt to a young man as part of the Ohio Spot Association Donor gilt program for 2017.
This is just the kind of man he was, showing great character and integrity.
Jim was preceded in death by his mother (January 2017) and father (November 1992).
Jim’s passion was in the barn, but his love was shown in the home. He was a loving husband, a great father, an even better grandfather, and a caring brother and uncle.
Visitation for Jim will be held from 2 p.m. until 8 p.m. on Tuesday, May 2, 2017, at the Solid Rock Community Church in West Unity. Visitation will continue at 10 a.m. until 11 a.m. on Wednesday, May 3, followed by an 11 a.m. funeral service, also at the church, with Pastor Randy Evers officiating.
The family requests that memorial contributions go to the family so that they may use the funds to memorialize Jim at the hog shows at both the Williams and Fulton County Fairs.
Online condolences may be offered to the family at www.grisierfh.com. Edgar-Grisier Funeral Home in Wauseon has been entrusted with arrangements.-Posted 4.28, 11:45 am