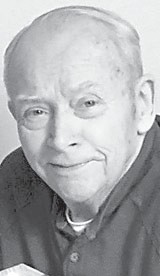 Prior to his retirement he had worked for the city of Wauseon for many years.

He was an amateur radio operator KC8DPM and a member of the Fulton County Amateur Radio Club.

The family requests that memorial contributions be made to either the Trinity Lutheran Church, Wauseon F&AM Lodge #349, or the Fulton County Historical Society.

Online condolences may be made to the family at www.GrisierFH.com. The Edgar Grisier Funeral Home in Wauseon has been entrusted with arrangements.