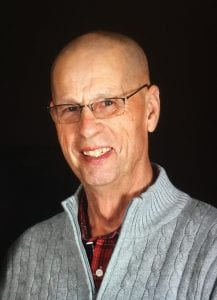 Jackson was the son of Glen and Dorothy (Dominique) Rychener. He was born on Sept. 13, 1942, in Napoleon.

He worked as a truck driver for Dave’s Sand and Stone, Sauder Woodworking, and Pettisville Grain. He also worked for Miller Brothers Construction.

Jackson proudly served his country as an Air Force Veteran from 1960-1964, specifically in the Strategic Air Command. Jackson was also a member of Ridgeville American Legion Post 454.

Jackson was a member of St. John Lutheran in Stryker. Jackson never knew a stranger and thoroughly enjoyed visiting with friends and family whenever possible.

Jackson was preceded in death his parents; an infant son; and two brothers, Chuck and Jim Rychener.

Funeral services for Jackson will be held at St. John Lutheran Church, 23120 US-6, Stryker, Ohio on Friday, March 2, 2018, at 11 am, with the Reverend Jeff Corder, officiating. Interment will immediately follow the funeral service at St. John’s Cemetery, where military services will be provided by the Ridgeville Legion Post.

The family asks that monetary contributions be made to St. John Lutheran Church, Sara’s Garden, Home Away from Home, or Defiance Inpatient Hospice Center.

Online condolences to the family may be left at www.grisierfh.com. The Edgar-Grisier Funeral Home in Wauseon has been entrusted with arrangements.-Posted 2.24, 10:42 am