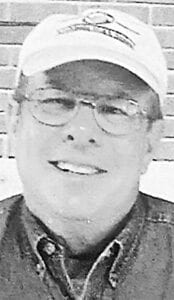 Jack Arthur McCormick, passed away peacefully on Feb. 21, 2021, in Archbold, after a short hospital stay. He was 77.

During his high school career, he was the manager of the football team. He graduated from Wapakoneta High School in May 1961.

Jack married his high school sweetheart, Judy Schwarck, on Sept. 1, 1962. After moving from Wapakoneta to Fort Wayne, Ind., and then on to Van Wert, Jack started working for Central Mutual Insurance Companies.

In March of 1974, the couple adopted their daughter, Erin Nicole.

In 1978, the family settled in The Colony, Texas, where Jack became the regional sales manager for the southwest region for Central, headquartered in Dallas.

In 1986, the family moved to Wauseon, where he became agency manager and commercial lines producer for the Stamm/Promised Land Insurance Agency in Archbold, which became Daniel-James Insurance.

He was paired with his wife, Judy, when she became customer service representative and a personal lines agent for the agency.

In 1989, Jack went to work in Perrysburg when Andres, O’Neil & Lowe Agency, Inc., bought the Archbold branch of Daniel-James.

A year later, the “Dynamic Duo” was together again, serving the insurance needs of Northwestern Ohio.

During this time, Jack was a member of Rotary, Lions and president of the Archbold Area Chamber of Commerce for a year.

The subsequent years saw the marriage of his daughter in 1999 and the birth of his granddaughter, Casmira, in 2001.

He retired from the insurance business in 2008.

Six months later, he began working at Sauder Village in the Glass Shop and on the train. He worked there until he truly retired in 2018.

He was preceded in death by his father, Bernard; his mother, Vera; and his wife, Judy.

He is survived by his sister, Kathie; daughter, Erin; and his granddaughter, Casmira.

In lieu of flowers, the family asks that donations be made to Sauder Village in his honor, https://saudervillage.org/membership-support/giv ing/donate-now.