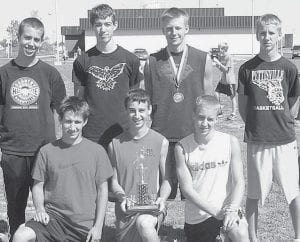 But Wauseon won the girls team competition with 30 points. Bryan had 55 and Pettisville, 134.

There were 134 runners and 13 teams in the varsity girls race.

In the varsity boys race, Pettisville scored 97 points for second. Hilltop claimed the top spot with 58.

Austin Borton was the top Bird runner, finishing third in 17:27.