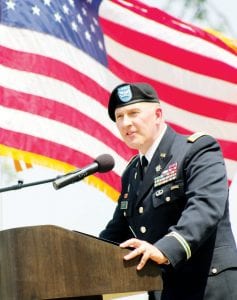 Honoring those who served in the United States Armed Forces, and those who gave their lives in the service of their country, was the theme of Memorial Day. Top: Mike Marti, a 1985 Archbold High School graduate who was recently promoted to U.S. Army colonel, spoke during services at Archbold and Pettisville. Right: Bob Hastedt, a member of the Ridgeville American Legion Post, salutes the flag at the Ridgeville Corners service.– photos by David Pugh and Mary Huber 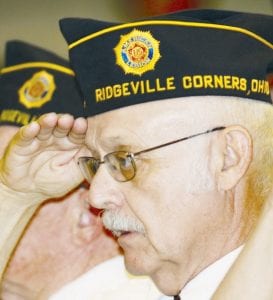