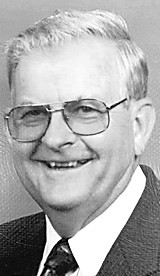 Henry W. Rosebrock, 84, of Archbold, went to be with his Lord and Savior Jesus Christ on Sunday, May 5, 2019, at Fairlawn Haven Nursing Home, Archbold.

He was baptized as an infant and was confirmed as a young adult and attended Zion Lutheran Church of Ridgeville Corners, throughout his life, and served as Sunday School superintendent and elder during his adult years.

During his high school years, he was involved in the basketball program, and graduated from Ridgeville High School in 1952.

On June 6, 1954, he married Mary E. Helberg, and she preceded him in death in February 2017. Together they enjoyed 62 years of marriage and spent much of their time traveling and working outdoors with flowers and landscaping.

Henry was employed by Dinner Bell for 26 years until plant closing, and then worked for Campbell Soup Company and Nofziger Door. He finished his working career at Bil Jax with ten years of service.

He is survived by a sister, Henrietta Libbey, and was also preceeded in death by brothers Alvin Rosebrock, Fredrick Rosebrock, Carl Rosebrock, and three sisters, Freida Olemke, Clara Reynolds and Laura Bitzinger.

Funeral services will be held on Friday, May 10, 2019, at 11 a.m. at Zion Lutheran Church, Ridgeville Corners. Interment will follow at the church cemetery.

In lieu of flowers, memorials may be directed to Southern Care Hospice and Zion Lutheran Church.