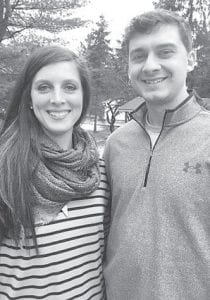 The bride-elect is a 2010 graduate of Ohio University, Athens.

Her fiancé is a 2012 graduate of the University of Toledo.

The couple will exchange wedding vows on March 19, 2016, at Archbold Evangelical Church.