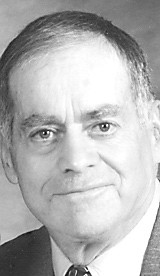 A 1942 graduate of Pettisville High School, he joined the U.S. Marines at the age of 17 and served during W.W. II.

A lifelong resident of the Wauseon area, he farmed, at one time managed the West Unity Turnpike Plaza, and later for many years hauled cattle for Lugbill Auction and Delta Livestock.

He then was known for many years to buy and sell at auctions.

Harold was a member of the Archbold Evangelical Church.

He was preceded in death by his parents; his wife of 64 years; a son, Mark Alan Bernath in 1979; a grandson, Nicholas Walker; two sisters, Irene Mann and Merlin Miller Rupp.

A Celebration of Life service will be held on Friday, Aug. 24, at 10:30 a.m., at the Archbold Evangelical Church with Revs. Jesse Kahler and Roger Andrews officiating. A luncheon will follow in the Pettisville Park Pavilion.

It was Harold’s wish to be an anatomical donor at the University of Toledo Medical School.