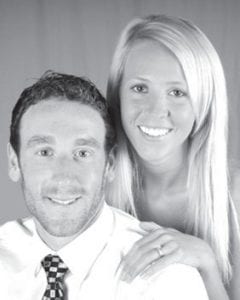 Carl and Kathy Hamilton, rural Archbold, announce the engagement and upcoming marriage of their daughter, Jamie, to Michael Altman, Hicksville, son of Dick and Sandy, Hicksville.

The bride-elect is a 2006 graduate of Pettisville High School. She earned a Bachelor of Science degree in early childhood education from Defiance College in 2010. She is a third grade teacher at Hicksville Elementary School.

Her fiancé is a 2006 Hicksville High School graduate. He earned a Bachelor of Science degree in middle childhood education from Ohio University. He is a fifth grade math teacher at Hicksville Elementary School.