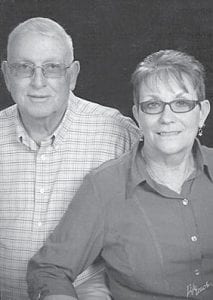 Larry and Carol Grime are celebrating their 45th wedding anniversary.

They will celebrate with family and friends at their granddaughters’ wedding. Friends may stop at Carol Ann’s City Cafe to wish them a happy anniversary.