Gets 30 Months In Dog Shooting Case 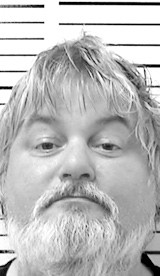 Philip Taylor, 54, rural Bryan, was sentenced to 30 months in prison on charges stemming from an incident in which he shot four dogs during a domestic dispute.

P. Taylor was sentenced in Williams County Common Pleas Court, Wednesday, Oct. 30, after he entered pleas to one count of having weapons while under disability and one count of causing harm to companion animals.

He was scheduled to report to the Corrections Center of Northwest Ohio Monday morning, Nov. 4, for transport to the Ohio Department of Rehabilitation and Corrections.

Williams County sheriff deputies were dispatched to the home P. Taylor shared with his estranged wife, Theresa Taylor, in the 7000 block of Williams County Rd. 13, Bryan, early the morning of June 2.

Investigation revealed P. Taylor had used a 9mm handgun to shoot and kill four dogs: three owned by his wife, and one owned by Lori Beck, Archbold.

Four charges of harming companion animals were filed in Bryan Municipal Court Monday, June 3, and he was arrested in Bryan the same day. 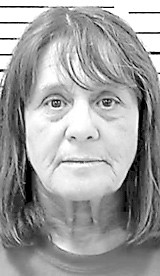 He was released from CCNO, but was arrested a second time, on June 7, for allegedly violating a condition of his release. He allegedly contacted T. Taylor after being prohibited from doing so.

He was later released on bond, secured by property.

A Williams County Grand Jury indicted P. Taylor on June 11 on four counts of animal cruelty-causing harm to companion animals, one count of possession of weapons while under disability, and a single count of menacing for allegedly attempting to contact T. Taylor.

P. Taylor was convicted of a felony domestic violence charge in 1989, making it illegal for him to own a firearm.

In a hearing Sept. 19, P. Taylor entered a guilty plea to the illegal possession of firearms charge, and no contest to a single count of animal cruelty.

Three other counts of animal cruelty and the menacing charge were dropped. He remained free on bond.

At his sentencing hearing, P. Taylor was sentenced to 30 months (2 1/2 years) in prison on the firearms charge, plus 12 months on the animal cruelty charge. The two prison terms will be served concurrently, for a total of 30 months. He was given credit for 28 days in jail.

He was ordered to pay his court costs and attorney fees, plus $840 in restitution to Beck.

Following sentencing, Katie Zartman, Williams County prosecuting attorney, said, “I am pleased with the court’s sentence on Philip Taylor. The convictions were taken seriously, and the punishment is commensurate with the harm that he caused to the victims.

“The case has created precedent for the state of Ohio of 12 months in prison for the ruthless killing of companion animals, so I commend the court for that decision as well.

“I grieve with the families involved and the public in general for the dogs’ lives that were taken, and I am disturbed that Philip Taylor could do such a horrific act as part of a domestic dispute.

“He is going to prison, which is where he belongs.”

In the meantime, T. Taylor, 63, owner-operator of a doggrooming salon in Archbold, was arrested at her business on Sept. 3, after a witness turned over video recordings of her allegedly abusing dogs while grooming them.

She was arrested by Brian Banister, Fulton County dog warden, with assistance from Archbold police.

Her case was bound over to Fulton County Common Pleas Court, where it is pending.