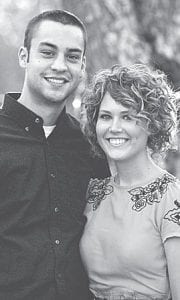 The bride-elect is a 2009 Archbold High School graduate. She earned a Bachelor of Arts degree with Pre K-12 art teaching licensure from Eastern Mennonite University, Harrisonburg, Va. She is an art teacher at J. Frank Hillyard Middle School, Broadway, Va.

Her fiancé is a 2007 graduate of Riverside High School, Durham, N.C. He earned a Bachelor of Science degree in business administration with an accounting minor from Eastern Mennonite University. He is an EMU admissions counselor.

The couple will exchange wedding vows at 6:30 p.m., July 12, 2013, at Tedrow Mennonite Church, Wauseon. A reception will follow at the Gautsche farm.