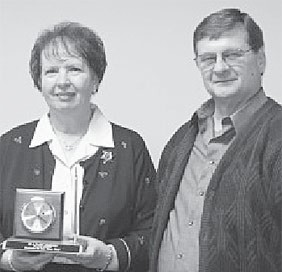 Carol and Ed Nofziger receive the Booster of the Year award.– courtesy photo

Herb Schaffner, Fayette, received the 2010 Cooperator of the Year award from the Fulton County Soil and Water Conservation District.

The award is presented to the cooperator that puts into practice the best variety of conservation practices that is evident when looking at their operation and property.

Ed and Carol Nofziger, Archbold, received the 2010 Booster of the Year award. The award is presented to an individual or group that has greatly benefited the Fulton SWCD by promoting the district’s various programs.

George Emmons, Archbold, received the 2010 Conservation Reserve Enhancement Program award. The award is presented to the landowner who has implemented a variety of conservation practices within the CREP program.

Curt Jones and Larry Short were elected to threeyear positions on the Fulton SWCD Board of Supervisors beginning Jan. 1, 2011. 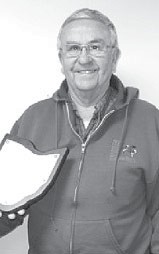 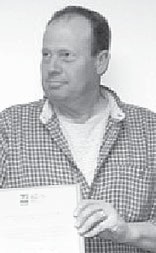