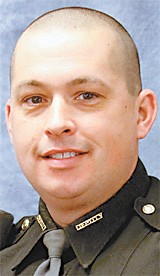 Jeremy Simon, a 24-year veteran of the Fulton County Sheriff Department, was shot twice when he attempted to stop a stolen vehicle sometime after 9:32 pm, Monday night, July 31.

A press release from the FCSD states Simon was taken by helicopter ambulance to the Toledo Hospital. His injuries are considered to be non-life-threatening.

A Toledo Hospital spokesman said there is no information available on Simon.

Gilmore is a light-skinned black man, 18 years of age. He is 6 feet, 2 inches tall, and weighs approximately 150 pounds.

His hair is brown and eyes are hazel. Court papers indicate he has a Toledo address.

As of 2 pm yesterday, Tuesday, Gilmore was still at large. 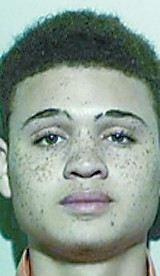 Gilmore has been charged with one count of attempted aggravated murder, one count of fleeing and eluding a police officer, and one count of having weapons while under disability.

The Federal Bureau of Investigation, Alcohol, Tobacco, and Firearms, a federal agency, and the Northwest Ohio Violent Crimes Task Force have joined in the search, along with the Ohio Bureau of Criminal Investigation.

Gilmore is considered to be armed and dangerous.

The press release states Simon was dispatched at 9:32 pm to the Country Corral restaurant, south of the Ohio Turnpike on St. Rt. 109, on a report of suspicious activity involving a vehicle.

When Simon arrived and approached the vehicle, it drove off.

Once the vehicle came to a stop, Simon and his police dog got out of the patrol car and began approaching the vehicle. 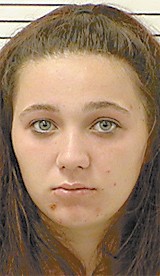 At this point, a passenger in the vehicle got out and ran into a cornfield.

The driver’s door opened; as the driver started to get out, he fired four shots at Simon and his K-9.

The suspect then fled into the cornfield.

A short time later, the passenger, identified as Skye Thibodeaux, 18, Delta, came out of the cornfield and surrendered.

The driver– the suspect in the shooting– was not found.

The press release states it was later discovered Gilmore was the driver, and has a felony warrant out of Fulton County.

He also allegedly received a motor vehicle and credit cards, “knowing or having reasonable cause to believe that they had been stolen.”

A warrant on those charges was outstanding at the time of the shooting.

Originally, a $2,500 reward for information leading to the apprehension and arrest of Gilmore was offered from the United States Marshal Service.

As of Tuesday morning, Thibodeaux was being held at the Corrections Center of Northwest Ohio.

Law enforcement officers are search for a 2000 Chevy Tahoe, a sport-utility vehicel, silver or pueter in color. Carrying license plate BIB 8873, it was stolen from a business in the area.

Officers believe Gilmore may have taken the SUV and could be driving it.